Skip to main content
Inspiring truth, understanding, hope, and reform through the media arts. Our goal at Reel Nation Media is to unite a new generation of righteous artists to create art and media to shape the world for the better. We emphasize that art is a tool that must be used wisely and with purpose. For those who witness our work, we aspire to bring them new perspectives, better understanding, and the resolve to become actively involved in the betterment of their community. Through hard work, trained skills, and utmost sincerity, we devote ourselves to this mission. 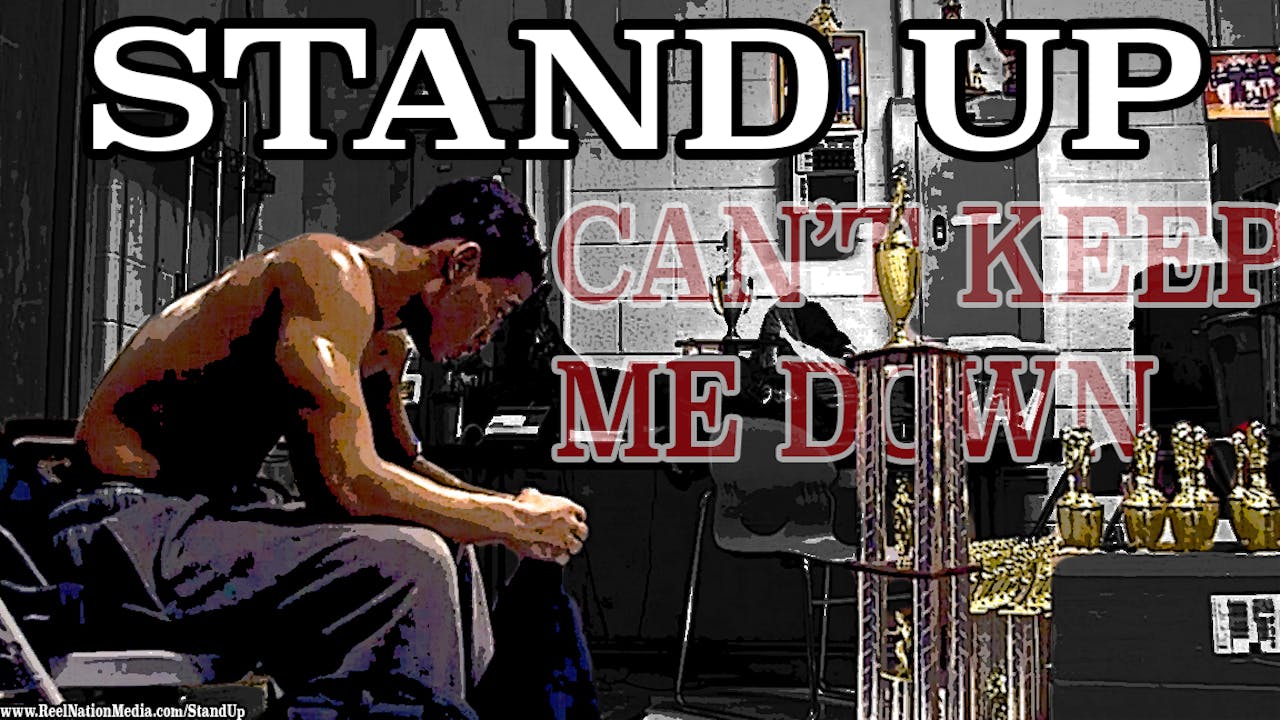 Stand Up Special Edition includes the full HD version of the film and all the special features from the special edition DVD, including an ever expanding video library from the film and future wrestling productions from Reel Nation Media.

Stand Up is a high school sports, high stakes, wrestling documentary that champions family, brotherhood, and perseverance against greater odds.

The CD East Wrestling team hasn’t had a state qualifier in 5 years. However, 2014 may break that streak. Two seniors, Cevon and Joe, best friends and rivals, have one last shot to rise to the expectations of their team by wrestling to the PIAA State Tournament. Their greatest opponents are themselves as they struggle through the hardest wrestling state tournaments in the nation, and to find a meaning in their hardships.

Stand Up is a one of a kind wrestling experience that immerses you as a teammate, sitting mat-side during the high-class wrestling action. You could not get closer than this!

This version of the film is for HOME USE ONLY. No public or educational screenings are permitted.